From Saul to Paul - The Power of a True Conversion


I have been studying the New Testament this last year, and as I read, I can't help but marvel at the story of the Apostle Paul. It has been my pleasure as the Elder's Quorum President in our ward to be able to teach my brethren. I am preparing this lesson from the quorum on the 1st Sunday in January and I wanted to take a few moments to share my thoughts about Paul with all of my friends. 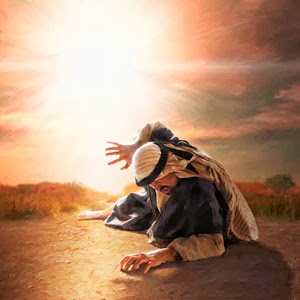 My wife will laugh because of the analogy that I am about to use. But I find it an appropriate analogy to that which I wish to speak on.

There is a thing in firefighting called a flashover. A flashover is the near-simultaneous ignition of the directly exposed combustible material in an enclosed area. When certain organic materials are heated, they undergo thermal decomposition (a conversion of sorts) and due to this conversion they release flammable gases, in a process called pyrolysis. Flashover occurs when the majority of the exposed surfaces in a space are heated to their autoignition temperature and emit these flammable gases, normally around 1,100 °F.
As an example of flashover, a piece of furniture is ignited in a room. The fire involving the piece of furniture produces a layer of hot smoke which spreads across the ceiling in the room. The hot buoyant smoke layer grows in depth, as it is bounded by the walls of the room. The radiated heat from this layer heats the surfaces of the directly exposed combustible materials in the room, causing them to give off flammable gases via pyrolysis. When the temperatures of the evolved gases become high enough, these gases will ignite throughout their extent.

This process of conversion from solid to gas, and the ignition of this gas, produces an awe inspiring wave of light and heat, leaving the contents of the room forever changed.
But is it possible for someone to undergo such a dramatic and equally awe inspiring conversion in their own lives? The story of the Apostle Paul is a dramatic telling of one man who underwent such a conversion.

A little background on Paul. Paul, formally Saul of Tarsus was somewhat of a strange combination, he was a Jew, a Pharisee to be more exact. But he was also a Roman citizen, and afforded certain privileges because of his citizenship. He was educated at the school of Gamaliel, one of the greatest teachers of the time. He was a scholar. Saul’s persecution of the saints was more than likely born out of the desire to see the Jewish faith survive against what he deemed as a danger, namely Christianity. Saul though maybe not responsible for the actual physical part of the deaths of many Christians, has his name forever printed upon them because it was he who witnessed against them, sending many to their deaths.

He was even responsible for the disciple Stephan’s martyrdom. In Acts 7:58 we read “The people cast Stephan out of the city, and stoned him: and the witnesses laid down their clothes at a young man’s feet, whose name was Saul.” And in the next chapter. “And Saul was consenting unto his death. And at that time there was a great persecution against the church which was at Jerusalem; and they were all scattered abroad throughout the regions of Judæa and Samaria, except the apostles.”

Saul, made havoc of the church, entering into every house, and haling men and women committed them to prison. This is not the only time in scripture that we have seen someone doing exactly what Saul was doing, other examples in the Book of Mormon include Alma the Younger’s persecution of the Nephites and Zeezrom’s persecution of Alma and Amulek. But it’s Paul’s conversion that intrigues me. The story of Saul’s conversion begins on his trip to Damascus.

In Acts 9 we read. “And Saul, yet breathing out threatenings and slaughter against the disciples of the Lord, went unto the high priest, And desired of him letters to Damascus to the synagogues, that if he found any of this way, whether they were men or women, he might bring them bound unto Jerusalem.
And as he journeyed, he came near Damascus: and suddenly there shined round about him a light from heaven: And he fell to the earth, and heard a voice saying unto him, Saul, Saul, why persecutest thou me? And he said, Who art thou, Lord? And the Lord said, I am Jesus whom thou persecutest: it is hard for thee to kick against the pricks. And he trembling and astonished said, Lord, what wilt thou have me to do? And the Lord said unto him, Arise, and go into the city, and it shall be told thee what thou must do. And the men which journeyed with him stood speechless, hearing a voice, but seeing no man. And Saul arose from the earth; and when his eyes were opened, he saw no man: but they led him by the hand, and brought him into Damascus.And he was three days without sight, and neither did eat nor drink.

Now let me harken back to the example of the flashover and the dramatic eruption of light and heat. In Saul’s case he was blinded by the brilliant light, and one could only assume that he felt some heat if not a lot of heat as he realized whom he was speaking with, and felt guilty for his actions. This was the point of ignition, this was the moment of Sauls dramatic conversion of heart towards the Gospel of Jesus Christ, the moment in which Saul the Pharisee, became Paul the Disciple and future Apostle.

Paul served 3 Missions, traversing the width and breadth of the known world. He was stoned, beaten and driven from city to city for professing his belief in Christ. He was shipwrecked and brought before kings and magistrates and imprisoned multiple times and throughout multiple years. Paul’s conversion stood through it all. His heart was so turned toward the Lord that nothing, not even death could dissuade him from his mission as an Apostle of the Lord Jesus Christ.
We may never have the vision of God that Paul had, but our conversion can be none the less dramatic as the cleansing fire of the Holy Ghost takes hold in our hearts and forever turns us to our Savior, Jesus Christ. May we all be converted like Paul and have our hearts set do much upon building the kingdom of God, that no matter what happens in life, our faith will see us through.

I have a testimony of the Gospel of Jesus Christ. I know that He lives. I know that he has atoned for my sins, that I may return and live with my Heavenly Father again someday. I know these things to be true, because my heart has been converted to the truth, and their is no denying the truth that has been planted there forever.
on December 22, 2013
Email ThisBlogThis!Share to TwitterShare to FacebookShare to Pinterest
Labels: Blog, Gospel, Thoughts
Newer Post Older Post Home